If one wanted to single out in Lecce, the Baroque capital of the South, a monument that was even more Baroque than the others, this would undoubtedly be the Basilica of Santa Croce.

Indeed, the decorative flamboyance of the façade, the endless symbolic array of sculptural details recounting the triumph of Christianity, is second to none. A richness that also pervades the interior of the church, where the altars stand out against the whiteness of the walls, with intricate ornamentation that gleams with the light penetrating from the large rose window on the front.

This capability of Lecce stone to reflect light underpins the incredible immersive experience, the Mysteries of Santa Croce, an artistic installation of light and music to be enjoyed inside the Basilica after sunset, in unique moments of breathtaking beauty.

Based on the theological concept of the Mysterium Lunae, the Mysteries of Santa Croce create a moving spectacle of art, architecture and spirituality.

Just as the Moon, not possessing light of its own, reflects that of the Sun, so the Church and man reflect the light of God. Light as revelation. Mystical. But also as a guiding light in the discovery of an undisputed masterpiece of Baroque art, where the visitor moves around, discovering details, images, glimpses of features suddenly revealed by the light, all immersed in music. 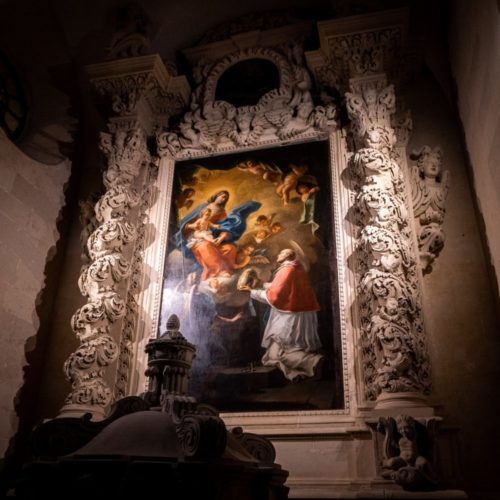 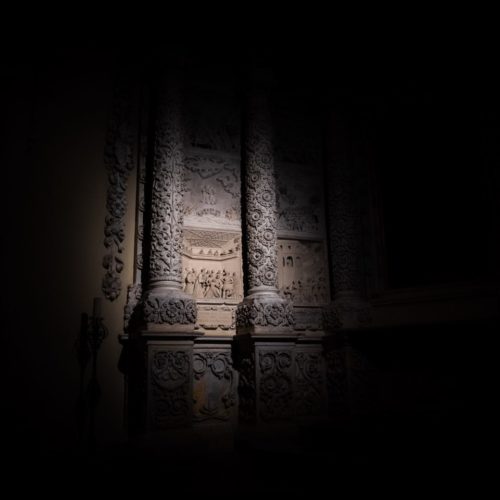 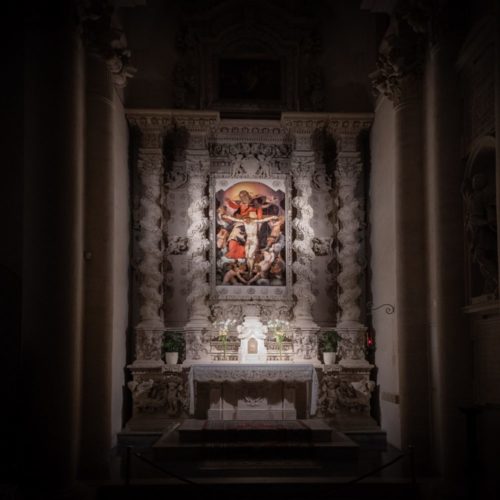